Terms that Hackers and Crackers Use : Beginner Hacking Guide

Surbhi Verma
Keylogger - (keystroke logging) a keylogger is a software used for logging or tracking keystrokes struck on victim's keyboard and saving them to a text file or sending them to an email address , it runs in the background in a stealth manner so the victim remain unaware that their actions are being monitored.

SQL Injection - SQL injection is the act of injection your own, custom-crafted SQL commands into a web-script so that you can manipulate the database any way you want. Some example usages of SQL injection: Bypass login verification, add new admin account, lift passwords, lift credit-card details, etc.

DoS Attack ( Denial Of Service Attack) -  DoS attack is an attempt to make a computer resource unavailable to its intented users, one common method of attack involves saturating the target machine with external communication requests.

DDoS Attack (Distributed Denial of Service Attack) - is pretty much the same as a DoS- but the difference in results is massive; as its name suggests the DDoS attack is executed using a distributed computing method often referred to as a 'botnet army', the creation process of which involves infecting computers with a form of malware that gives the botnet owner access to the computer somewhat. This could be anything from simply using the computers connection to flood to total control of the computer. These attacks affect the victims computer -> server more than a regular DoS- because multiple connections are being used against ONE connection.


Bot - A bot is a program that is ran secretly in the background of a victim's computer. The bot connects to an IRC channel usually where a Bot Herder(its creator) can use a number of commands to control these computers that are now it's under control. A zombie computer(a pc under control of a bot herder) can be manipulated in a number of ways. Some functions of a bot include stealing victims passwords, keylogging, ddosing a server to cause it to crash, turning on the webcam and being able to watch the zombie computer's users, visiting a website(to gain money + traffic for a bot herder), clicking ads, making ads appear randomly, destroying itself(the pc), and sending spam to email contacts.

Crypter - A crypter is used to make well known hacker's viruses (such as keyloggers and botnets) undetectable by anti-virus software by changing the virus program signatures that anti virus programs have in their databases to make them easier to spread.

Binder - A binder is used to bind a virus(such as a keylogger,etc) to another program making it undetechtable and able to fool users into thinking its something else. for ex. If someone attach a virus with an exe file say photoshop.exe, then a victim will click on photoshop.exe and it will install photoshop as well as virus secretly.

FUD - Term for fully undetectable virus. (made by either coding your own virus or by crypting and binding an existing virus) Use http://novirusthanks.com (uncheck distribute sample) to check if your virus is undetectable.
Database - Used by most websites to store things such as User names, Passwords, Email, etc of an entire website or community. 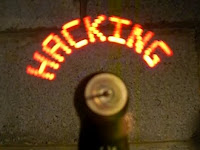 Cookie Stealing/Spoofing - Used to fool a victim into clicking a link that will steal their cookies to websites which you can then use to have their privileges to various parts of a website or forum.

BruteForcer Attack- Program used to crack encrypted data such as passwords by trying all possible combinations of characters , bruteforcing takes a long time and sometimes can’t crack the password.

Hashes - How passwords are usually stored, this is a way of crypting a password so it is not plain text, harder passwords are very hard to crack but simple ones have often been cracked and can be found on online databases. Some common password hashes include MD5 and SHA.

Social Engineering - Tricking a victim into doing something you want them to do by disguising or enticing them into doing what you want. its a act of manipulating people into revealing information or tricking the victim to performing actions that are beneficial to the user.

Proxies - A proxy server is a server that acts as a go-between for requests from clients seeking resources from other servers. This means we will be able to mask our ip address from other sites. For the crackers we use a proxy list.
What does this for?: Some sites like rapidshare ban our ip addresses after multiple logins. By using proxies we are able to pretend to be other computers which will enable us to login multiple times without getting our ip address banned.

Trojan Horse - a Trojan is designed to allow a remote access by a hacker to a target computer (it’s composed from two parts the server and the client) the server is installed on the victims machine , and the client is used by the hacker to connect to the server.
Things that can be performed by a hacker on a target computer :
1-data theft
2-installation of a software
3-downloading or uploading files
4-keylogging
5-viewing screenshots And more

Backdoor - is a means of access to a computer that bypasses security mechanism, I other words a backdoor is a method of bypassing normal authentication or securing remote access, a backdoor can be a form of an installed program or a modification to an existing program.

Worm - a worm is a self-replicating virus that does not alter files, but resides in active memory and duplicate itself, sometimes a worm’s job is to take advantage of a backdoor created by an earlier attack.

Vulnerability - (security Hole) a vulnerability is a weakness in the system, it’s also classified as a security risk.

Exploit - an exploit is an attack on a computer system that takes advantage of a vulnerability, the term exploit refers to the act of successfully making an attack. In response to query asked by  Ameer Hasan Malik Did you forget your windows login password? or want to access Admin account in schoo...
How to create your own 'stare and blink illusion picture'

How to inverse colors on a Picture. " Stare at the image then close your eyes, you will see Jesus."  When first time I sa...
Hack Firefox to turn it into a Password Stealer

Hey Friends, In my last post i have told you about the browser's fact of storing passwords after prompting 'Do you want t...
Internet Download Manager 6.05 Registration

free idm, serial key  Internet Download Manager(also known as Idman) is an excellent internet download accelerator that will care of...
AutoLike everything on a friend's Facebook wall

It happens many times that we 'like' everything on the facebook wall of our loved ones or our friends just to give them a litt...
Advantage of Chrome's Multi-Process Performance

Google Chrome was one of the first browsers to have  multiple processes .   If you are a frequent Google Chrome user, then you probabel...
Create Your Own Virus using Virus Maker Softwares

In This Tutorial I am gonna tell you an easy way to create viruses using Virus maker softwares named  "JPS Virus Maker" an...
How To Get Full Version of WinRAR For Free

Free winrar, Full version Winrar, Winrar Serial key  I guess everyone know what is Winrar, and what it works. So without going into t...
Trick to identify the celebrity without staring and blinking eyes

Have you seen the illusion pictures that ask you to stare on the picture for some seconds and then blink your eyes to see the celebrity? Im...
How to make a Fake login page manually.

Previously i have posted about how to hack any account using phishing pages.... Now in this post i m gonna explain how you can make phi...